Mini-Stratas an Option as Langley Property Prices continue to climb 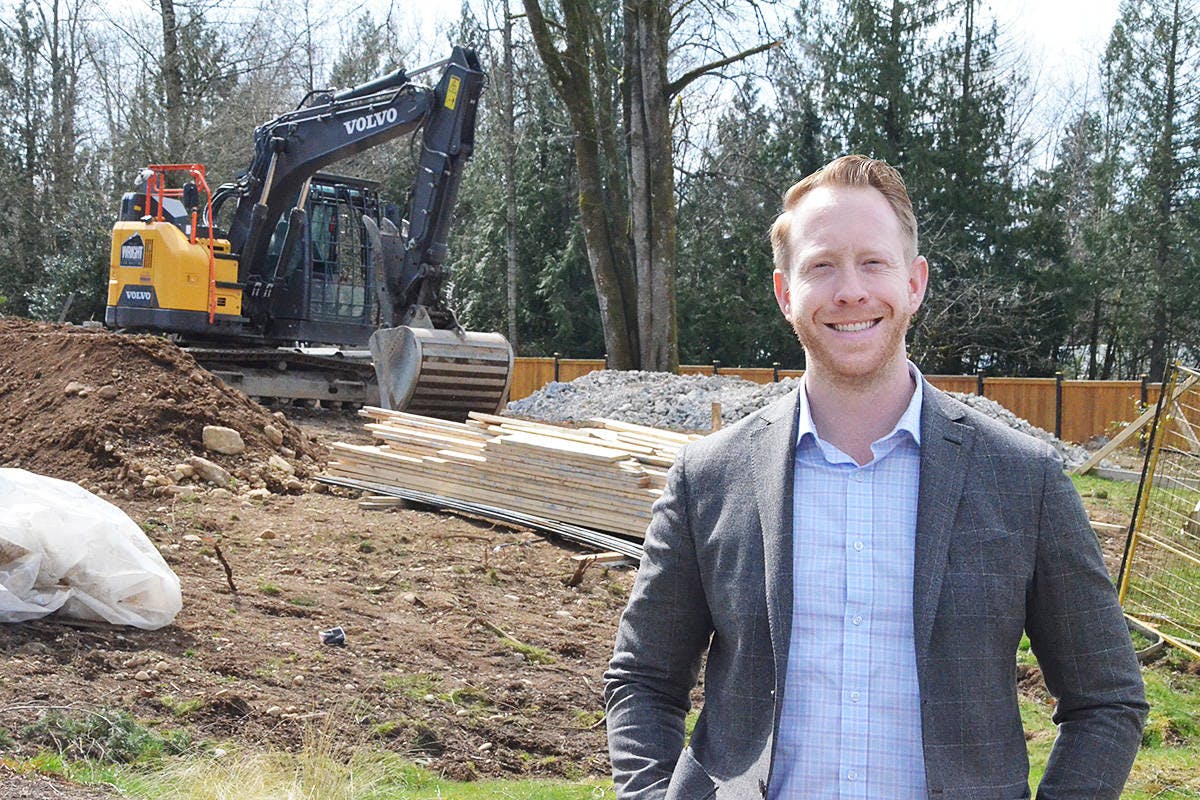 As the price of housing has spiralled upwards in recent years, some Langley Township families have turned to an unusual form of strata ownership, said a local real estate agent.

In Langley, there are several dozen lots that allow the construction of two full-sized houses by creating a tiny strata corporation, said Scott Strudwick.

The lots have to be in one of the Township’s rural zones – RU1, RU2, or RU3 – and they also have to be outside of the Agricultural Land Reserve (ALR).

The owners are almost always families, usually with retired parents in one house, and a married couple with kids in the other.

“This kind of ‘family compound’ has been in demand,” Strudwick said.

It’s driven by a lack of affordability and the desire to have family close by.

“My generation can’t afford a house on a lot anymore,” Strudwick noted.

The benefits are that the houses can both be full-sized, even with basement suites, and they’re legally separate addresses that can be sold individually, said Strudwick.

About 50 such lots have already been developed, and Strudwick believes there are about 125 left in various areas from Campbell Valley to the Salmon River Uplands.

Demand for alternate ways of finding a home has been growing, and is likely to continue to grow as prices shot skyward again in March.

There was some good news for people wanting to buy a home in Langley last month, but not on the price front.

“This market is uncharted territory for Fraser Valley real estate,” said Larry Anderson, president of the FVREB. “The surprising strength of the economy, the influence of the pandemic and a lack of inventory of all property types has created unprecedented demand for housing in our region.”

In March, 3,329 residential and commercial properties changed hands in the Fraser Valley, a 131 per cent increase from the same month last year.

In part, that big jump is because by mid-March of 2020, sales were dropping like a rock as the first COVID-19 lockdown hit.

But this March’s numbers were still an all-time record, well above the previous March record of 3,006 sales in 2016.

Meanwhile, there were 5,087 properties listed for sale in March, a 91 per cent jump from the same month a year ago, and also a record. The previous highest number ever was 4,458 in April, 2008.

Despite that, because of months of high sales volumes, actual active listings were still 18 per cent below last year’s numbers.

In Langley, prices were up sharply year over year, especially for single-family detached houses.

The benchmark price of a house in Langley hit $1.279 million in March, a 24.6 per cent jump from a year before, and 5.7 per cent up from prices just a month previous in February.

The benchmark price represents the price of a “typical” housing unit, and across all three sectors, Langley homes saw the average and median prices rise much faster than the benchmark price. The average home price in Langley hit $1.4 million last month, a 35.3 per cent year-over-year increase.

*based on 2020 FVRB for medallion dollar volume statistics